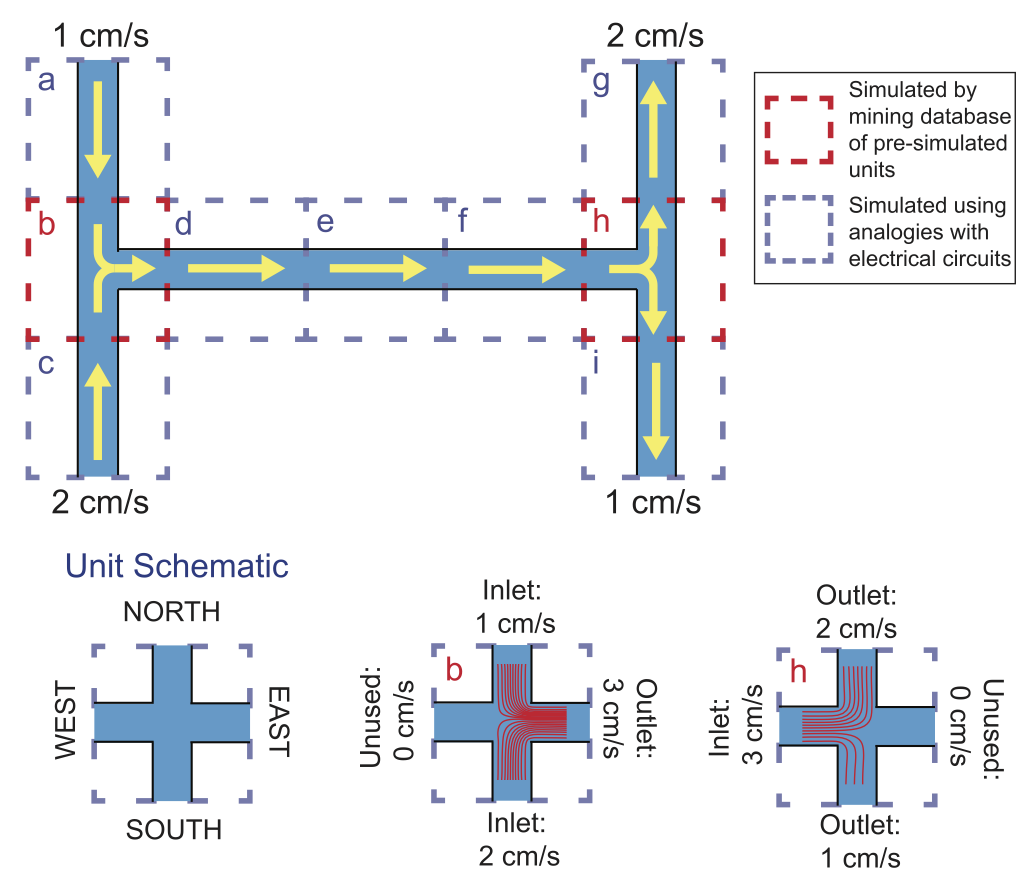 Microfluidics researchers are increasingly using computer simulation in many different aspects of their research. However, these simulations are often computationally intensive: simulating the behavior of a simple microfluidic chip can take hours to complete on typical computing hardware, and even powerful workstations can lack the computational capabilities needed to simulate more complex chips. This slows the development of new microfluidic chips for new applications. To address this issue, we present a microfluidic simulation method that can simulate the behavior of fluids and particles in some typical microfluidic chips instantaneously (in around one second). Our method decomposes the chip into its primary components: channels and intersections. The behavior of fluid in each channel is determined by leveraging analogies with electronic circuits, and the behavior of fluid and particles in each intersection is determined by querying a database containing nearly 100,000 pre-simulated channel intersections. While constructing this database takes a nontrivial amount of computation time, once built, this database can be queried to determine the behavior of fluids and particles in a given intersection in a fraction of a second. Using this approach, the behavior of a microfluidic chip can be simulated in just one second on a standard laptop computer, without any noticeable degradation in the accuracy of the simulation. While our current technique has some constraints on the designs of the chips it can simulate (namely, T- or cross-shaped intersections, 90 degree channel turns, a fixed channel width, fluid flow rates between 0 and 2 cm/s, and particles with diameters between 1 and 20 microns), we provide several strategies for increasing the range of possible chip designs that can be simulated using our technique. As a proof of concept, we show that our simulation method can instantaneously simulate the paths followed by particles in both simple and complex microfluidic chips, with results that are essentially indistinguishable from simulations that took hours or even days to complete using conventional approaches.