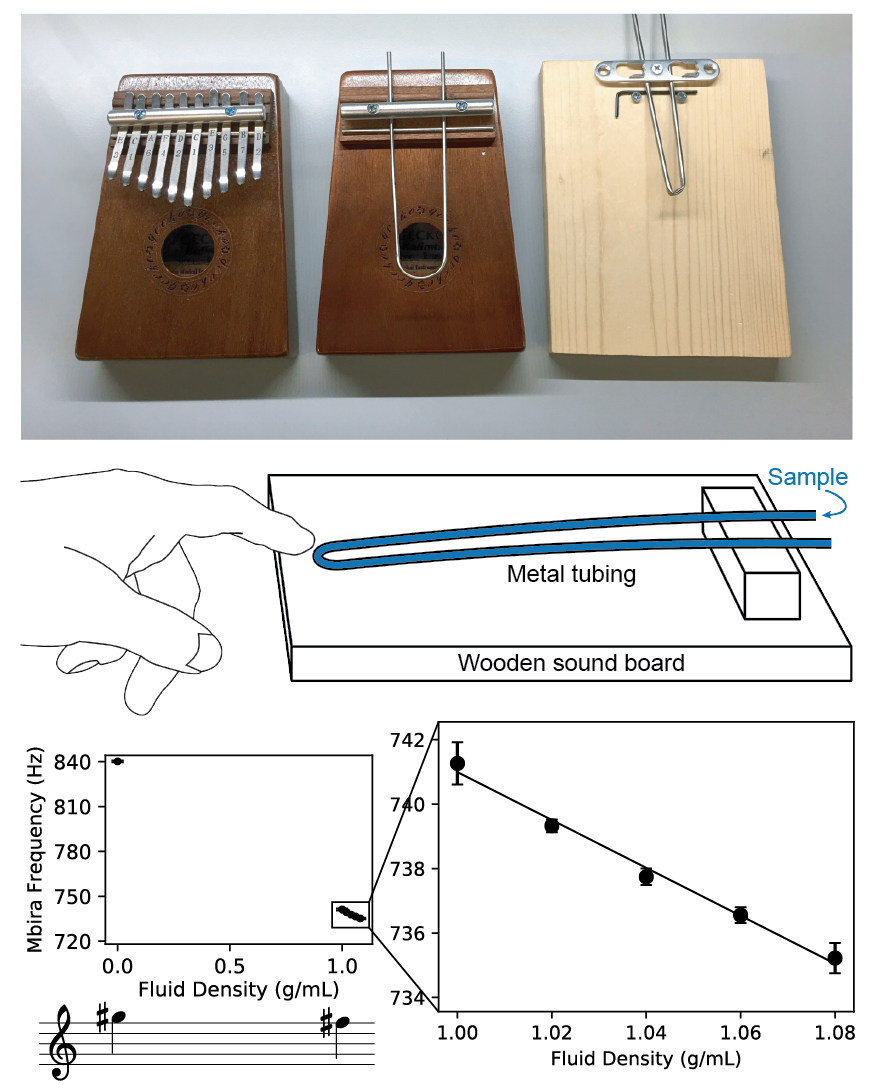 Heran Bhakta and Vamsi Choday’s paper “Musical instruments as sensors” was published in ACS Omega. Heran and Vamsi showed that the mbira, a 3000-year-old African musical instrument, can be modified to function as a precision sensor for measuring the density of any fluid sample. They then used their “mbira sensors” to identify counterfeit medications and toxic substances.

This was such a fun project, and we’re not done yet… Congratulations Heran and Vamsi!