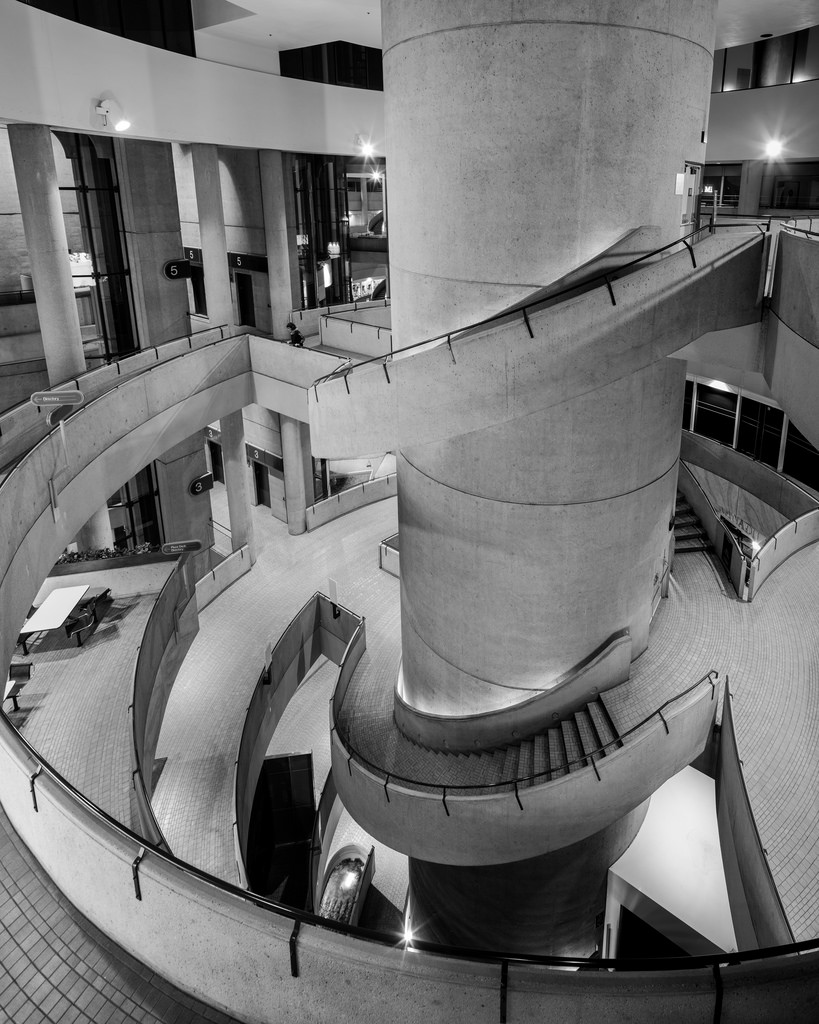 The design of the Bonaventure Hotel has inspired a fair bit of criticism over the last 40 years, much of it deserved.

But it’s also worth remembering that without John Portman’s vision, the Bonaventure could have easily been yet another utterly forgettable 1970s hotel with a claustrophobic lobby, dimly-lit elevators, and a featureless slab of rooms. That’s how most hotels built in the ‘70s looked, and how many of those hotels inspire visits from architecture critics, or pass for the 25th century in movies, or transform the elevator into a rocket ride into the sky?

Portman took one of the most mundane human activities—–sleeping when you’re away from home–—and turned it into sheer theater. And like good theater, the Bonaventure can be thrilling, inspiring, disorienting, even exasperating. But no one has ever called it boring.

A version of this post appeared in the Los Angeles Times